The proposed bill will be a tough challenge – shouldn’t the decision of how employees are paid be left up to the owner of the business?

Should a government require a business to provide paid time off for its employees? That’s what New York City’s mayor, Bill de Blasio, wants.

“More than 500,000 hardworking men and women should earn paid personal time when they contribute to the success of their companies,” De Blasio said in a Washington Post report. “Our city’s businesses will benefit from a more productive, healthier workforce.”

The proposed bill, which was introduced in January and is still under consideration by city council, would require employers in New York to provide at least two weeks of paid time off for their full-time employees and also provide similar pro-rata benefits to part-timers, all in addition to sick time. The bill would target businesses with more than five employees in the hotel, food, retail, professional and businesses services industries.

In survey after survey, employees – particularly millennials – list time off as among the top benefits they desire from their employer. One report even found many employees would forego salary increases in exchange for extra vacation.

As a small business owner, though, this is a tough challenge. Of course we want to offer more time off for our employees so that we can better compete with those larger companies that provide such generous plans. But time off is expensive and resource-draining. Would a law make any difference? Many business owners in the city don’t think so.

“I would love to be able to provide vacation time to my employees … but the reality of it is not whether or not we want to give it – it’s whether we can give it,” Dawn Casale, the founder of One Girl Cookies, a Brooklyn bakery with three retail shops and about 40 employees, told a local news station.

Other local business owners are becoming increasingly frustrated with the added regulatory burdens being levied on businesses in the city.

“The following things have been introduced over the past five years: paid sick leave, family leave, predictive pay and minimum wage hikes,” independent book store owner Rebecca Fitting told Gothamist. “Of course we want to give our employees perks and benefits but our margins have been stretched thin by all these changes. We worry about the long-term ability and sustainability of small businesses like ours who are all navigating this rapid escalation.”

Despite the opposition, De Blasio is standing behind his proposal, recently tweeting: “We’re the only advanced economy on the planet that doesn’t guarantee its workers paid time off.”

Shouldn’t the decision of how employees are paid be left up to the owner of the business? And shouldn’t the decision to work for a firm or take a better-paying job elsewhere be left up to the employee? I’m not sure how a law requiring business owners – particularly small business owners – to provide this additional compensation is going to help pay for this change. I am sure that it will ultimately drive some small businesses out of business … or at least out of New York. 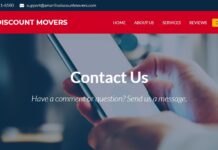 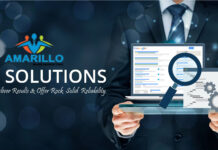 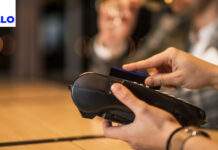 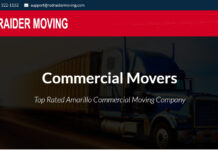 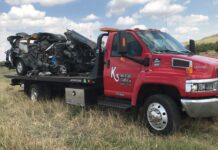 Your Nonprofit Must Use Snapchat to Target Young Audiences

8 Superb Signs to Prove You Are a Smart Online Shopper

Is This The End Of The Suzuki GSX-R750? Probably Not

Emily Willis - October 15, 2021
0
We use cookies to ensure that we give you the best experience on our website. If you continue to use this site we will assume that you are happy with it.OkPrivacy policy